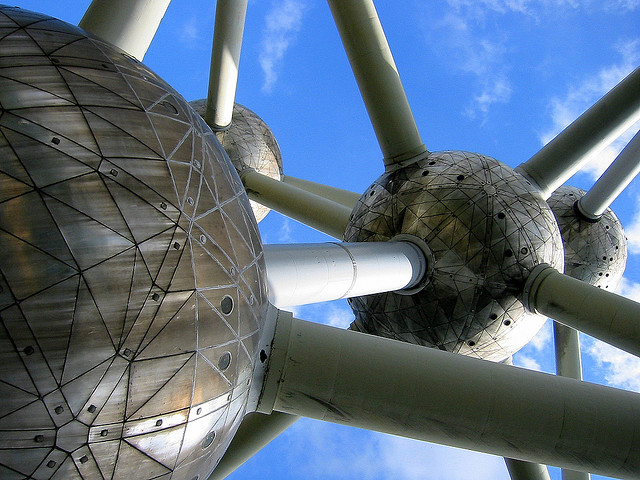 There are not many places that I really can’t stand and Brussels is one of them. This is a deep and painful aversion that started from the very first visit in this city. I think I’m not the only one as I know many people who share this deep dislike. I am also aware that there is a considerable group of enthusiasts of this city but this fact might be related to the taste of beer, which I don’t share.

My short description of Brussels would be as follows: dirty and dangerous city, where you meet no locals. The most dramatic changes in this city began when the European Union decided to place there some of the most important offices and brought thousands of new employees from all Member States. It has created a new social class of foreign officials who invaded the city. Together with this new class prices of real estates skyrocketed, just as prices of everyday products did. People who had lived in Brussels for years suddenly discovered that the best idea to earn is to rent their apartments to the officials and leave the city. In a long time perspective the city has emptied of their ordinary inhabitants. And everybody become strangers. Unfortunately, people who work in a variety of the EU institutions are not really interested in taking over the city in terms of ordinary social usage, and so the city had been abandoned. Together with the exodus of the city population and lack of social structure the crime rate has slightly increased. I personally know at least three people who were robbed while living in Brussels. So despite the general image of safe city provided by the local authorities I would recommend to be extremely cautions and avoid certain areas especially during the night.

There is another issue that make the visit in Brussels unpleasant: the feeling of deep social crack. I’m not saying that every single minute you can feel it in the air but the mutual antagonism between the north (Flemish region) and the south (Waloon region) is observable. There is an ongoing political crisis with a threat of the country partition. Leaving the political issues aside it is simply sad that people from this small country with rich history cannot find a proper way to resolve their problems.

My first impression on Brussels comes from more than twenty years ago when I travelled around Europe by car with my parents. There is still a dreadful family story about the rudeness of Belgian drivers and lack of help to the tourists even our car’s plates left no doubt that we were strangers. The impoliteness of the Belgians became mythical. I went to Brussels three times since then and every time I bring home new bunch of dreadful stories about this place.

Once I went there in early December for an interesting conference organized in the European Parliament. I arrived to the airport on Sunday evening and literally everything was closed, including tourist information. There was nobody to ask about the public transportation, timetable or even where the bus stop was. When I finally found it I waited for 45 minutes and the bus has never shown up. Fortunately there was a nice guy waiting for the same bus and after an hour we decided to share the taxi. For me this was most unpleasant and, honestly, unbelievable that in the center of Europe (that’s how they call this city) you feel so helpless and lost.

One of the very few beautiful things in Brussels was Cathedral of St. Michael and St. Gudula. Actually, I dislike this city so badly that even if I have couple of hours to change my plane there I stay at the airport instead of visiting the city.