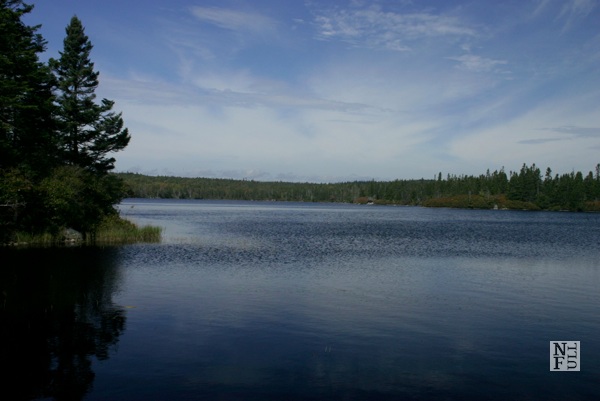 If you are Canadian you might have totally different opinion about it. If you have visited Canada this might be your case as well. For me driving through couple of the Canadian provinces was like a fairytale. Even though Nova Scotia has so many to offer to all tourists that I had no doubt about this choice.

I think this is mainly due to its particularity, interesting history, and absolutely stunning landscape! This is a small province and, although densely populated, it has a certain charm of familiarity. Comparing to the whole territory of Canada moving around Nove Scotia is a small scale activity: you have the impression that all attractions are at your fingertips. But what really matters while travelling to Nova Scotia is that you need a car. Don’t rely on the public transportation: the best spots are in places available to the drivers. Holiday spent in Canada was one of the best I have ever had. I drove through New Brunswick, Prince Edward Island and Nova Scotia. I also visited Quebec but this is another story to tell. Halifax- the capital of Nova Scotia- is one of the best places to live. But if I think about my trip to Nova Scotia each town in this province has something seductive.

Obviously, talking about the beauty of nature is always tricky, especially when it comes to the stunning Canadian landscape. What really strikes about Nova Scotia is the connection of forests and little lakes. At first I was stopping car every time when I saw this lovely view, but after an hour and stopping like twenty times I classified it as a sort of never-ending-story thing and moved on. Although I was not stopping every little lake to take the picture each of them was unique: there were some with a cute little house nearby, white fence, little pony, Canadian flag, or simply lake surrounded with autumn trees. Nova Scotia is a dream destination for all romantic people to adore such marvels. The landscape of Nova Scotia, similar to the rest of Canada, is breathtaking in the autumn season, which was when I visited this province. There is something cute about simple things and wooden houses are one of these things. While these little wooden houses are also constructed elsewhere, for example in Sweden, the houses in Nova Scotia has this particular flavor of strong individualism. While Swedish wooden houses are very similar throughout the whole country and mainly in one color (red), in Nova Scotia you meet a variety of colors and shapes. Crossing this province will show you creativity of the residents. You’ve got pretty much everything here: blue, green, white, red, grey, and even yellow. It makes this landscape even more intriguing: try to imagine the wall of colorful forest, the lake and the white wooden house on it. This is a paradise-like view, for sure. While large cities are always crowded and this is also true for Canada, Nova Scotia gives you an opportunity to take a brake. With the exception of few most popular places, like Peggy’s Cove of Halifax, crossing Nova Scotia by car will bring you relief of watching mainly trees and wild animals. It’s not to say this is a deserted area. Not at all! If you need anything you might while travelling you enter the nearest town and you’ve got pretty much everything there. Well developed facilities and the system of highways is a good balance for endless forest and numerous lakes. It gives you a comfort and a sense of security, especially important if you are not a camper-like tourist but you still wish to touch the nature. Plus: if you wish to have the beach only for you, you’ll get it! You might actually walk for couple of hours without meeting anybody. Forth and fifth reasons: coastline and mild climate

Nova Scotia is a maritime province. Moreover, it had not only the Atlantic Ocean coastline. Its western part is wrapped with the Bay of Fundy. The Bay is famous of having the highest tidal range in the world (about 14m, vertically). This is truly spectacular view as the tides comes and goes on 24h basis. It means that you can see the water in the morning, then you mainly see the sand, and then water again. The Atlantic coastline is equally fascinating: the color of water, considerably high waves (at least in autumn), white sand and some impressive rocks. There is also this funny feeling: watching the Atlantic from the Canadian side towards Europe- it is exactly the opposite I have been used to.

What? Mild climate in Canada? Are you joking? Let’s face one of the most common prejudices towards Canada. While huge part of this country is constantly covered with snow Nova Scotia is not the case. Thanks to the proximity to the Atlantic Ocean it has considerably high temperatures and the quantity of snow is manageable. The fog during the winter season is the least pleasant thing rather than snow. The guidebook says the average temperature in January in Halifax is only -7 while in Montreal of Ottawa is droppes to about -13! Summer is warm, though: August brings you average temperatures above +20. Autumn spent in Nova Scotia was relatively warm: many days were sunny and nice. At the end of September, thanks to the first ground frost, the colors of forest were exceptional.

Last but not least: nice people

My favorite part of the Canadian story is people. I was so lucky to meet the right ones! While booking a B&B I contacted with couple of families who provide this sort of accommodation and after careful consideration I picked ‘Changing Tides‘, in Grand Desert, near Halifax. While their website might mislead you, this is an excellent place to spend your holiday. Pam and Brian- the owners- are the true natives: they come from Nova Scotia and they built their beautiful house there. What is truly delightful about them is their passion and hospitality. They are sweat people: they love to spend their time with the guests, sharing the stories about their fascinating life. Pam is preparing best Canadian breakfasts I have ever eaten! And the view from my room was totally cool: I was watching the changing tides daily. Sitting on the wooden deck or in the winter garden and listening to the owners was a true pleasure. They are also very helpful in giving you the clues what to see and where to go. Their B&B is highly recommended. Also, people met in Halifax, Truro, Moncton, Digby Neck, Mahone Bay and throughout the whole Nova Scotia were always nice, open and helpful. For the foreigners the Canadian version of English is also easy to understand, so no worries about it.

If I go to Nova Scotia again I will visit…