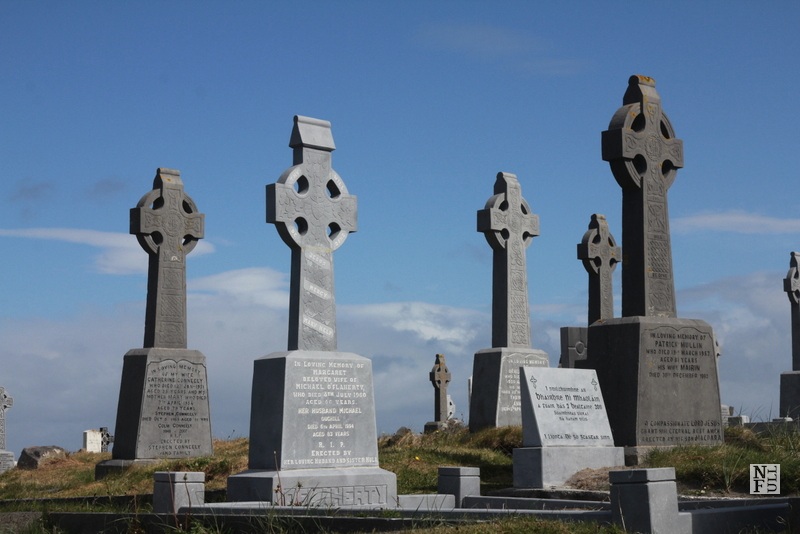 “The island is owned by those who were determined enough to transform a pure grey rock into rich green garden- a paradise of botanists and ornithologists. When you watch the island from the western cliffs you see a chess board made of stone walls, which- when arranged in a line would be twelve thousands kilometers long- keeps this island like a fishing net and proofs that the Irish tales about being lazy is a pack of lies.”

When I started my journey to the Aran Islands I had an idea to check everything what Nicolas Bouvier wrote about this place. It’s not trivial to have an opportunity to visit a place described in literature that has little changed even if almost thirty years passed. I went there without a detailed plan just to let myself to feel the place. Nicolas Bouvier was on this island twice and his second visit in 1985 resulted in a short publication of his travel journal from the islands. I read this book so many times that I have known it by heart. I started from meeting with people who might- at least theoretically- remember Nicolas, so every local I met heard a story about Michael Hernon- the driver, Steve and his uncle who worked in the USA and came back in early 80s and constructed one of the first B&B facility on the island. The only problem was that the surname Hernon is very popular on the island. As a result I met one Michael Hernon who lives in Kilmurvy but despite having an emigration episode in his life it wasn’t him. In a meantime I met at least five people who did their very best to find the proper Michael Hernon (special thanks to: Colette, Penny, Mairtin, Gearoid and John). Second difficulty was related to the migration stories: the majority of the islanders went to the US or has someone in their families who worked in the US. When I was telling my story about an uncle who was working in cleaning industry first and in a cloakroom of exclusive restaurant later surprisingly many people thought it was THEIR uncle. There was not enough details in a book to identify the cottage where Nicolas Bouvier stayed. Finally, I met Michael Hernon- the one who was providing guided tours and transportation to Nicolas Bouvier. What a feeling! He is a charming person and no wonder that Nicolas Bouvier described him as kind, polite and sensitive. He was kind enough to spend an afternoon with me at the local pub chatting about the past. Although the island is somehow peripheral to the rest of the country the modern times have not forgotten about the Aran Islands. For last thirty years the quality of life has significantly increased. People are well connected to the outside world and they mainly work in tourism rather than agriculture or fishery. The times described by Nicolas Bouvier on fishing in Norway which lasted a month and the equal share of fishes caught have passed away. But people are still hard workers here. And most of them totally happy about their lives. When live on the island became too difficult due to the crisis, the islanders- instead of complaining and doing nothing- went to the US. The majority of them got back and renovated their houses or contructed new ones, just as the statistics shows: since the late 80s population is stable.