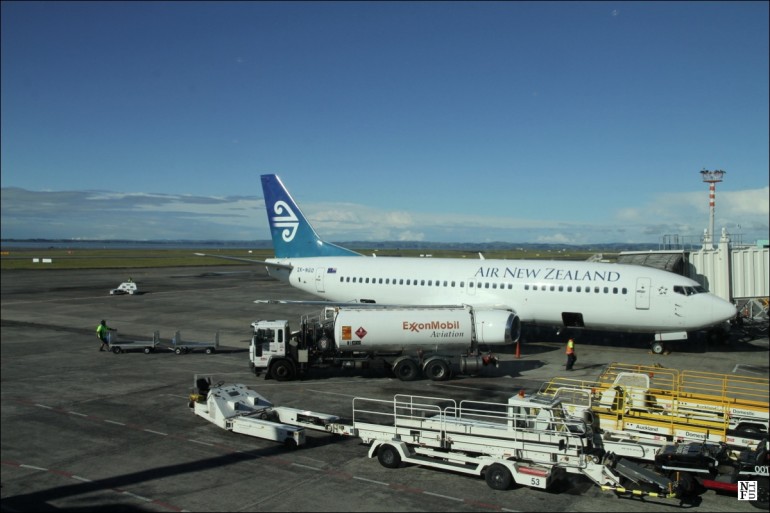 Flying is fun! I really enjoy planes and airports. This is where you feel the travel heat. People are in rush or sleeping all over the place, depending on the weather conditions (hurricanes, volcano eruptions etc.) but airports are really fascinating places. I have my favorite ones and the ones I hate. This time, however, I flied with Air New Zealand for the first time and it was a very pleasant experience.

My journey started in London. It was a sunny and chilly morning and London is fabulous at this time of the year. I went to the New Zealand embassy first to pick up my pass of a Explore New Zealand programme (thanks guys for making it possible!). From the embassy I went straight to the Heathrow airport where a long flight to Christchurch via Shanghai and Auckland started. My plane ticket bought from Air New Zealand was partially operated by Virgin Atlantic and the overall itinerary looked like this:

I am sure that you can fly to New Zealand from Europe a million different ways but as this was my first trip there the itinerary was a bit random. Overall, it was quite smooth so if you asked me I would recommend this itinerary. The overlay in Shanghai was long enough to enjoy some Chinese food (second favorite after Italian kitchen). I am very lousy at dealing with jet lag so I was surprised that this time it was much less an issue. Maybe because of 12h difference or perhaps because I was able to sleep in a plane. Needless to say I was very happy to arrive to New Zealand in a good condition. I was lucky to come to New Zealand just before the world premiere of a Hobbit movie. Air New Zealand prepared some nice stuff related to the event. I especially enjoyed the safety video. I’m so used to the ordinary boring ones displayed in every airline around the world but this one caught my full attention so I guess the producers are quite happy about it. They really show this video aboard! So funny!

And this one was equally fun to watch: Just another day in Middle-Earth. Great music!

What I really love about it is that the whole island sticks to the movies, the LOTR trilogy characters and most of them are really proud that their island became a filming location of all movies. So many activities are organized around the movie and the book that it was hard to believe. And at some point, when you look out of the window in a plane you REALLY see the Middle – Earth. Priceless! My way back was equally successful. There was a nice surprised, though. We landed in Wellington to get some passengers aboard. The landing took place in late evening so the city was illuminated and it looked really nice! I must say, the airports located next to a bay or a lake are so pretty! The stop was really quick and so we landed in Shanghai on time. I had a marvelous lunch (despite of a bizarre early morning hour) at a the same place as previously and was ready to continue the flight to London. It was funny, though, to experience that speaking English is not everything. In a Chinese restaurant located at the airport people didn’t speak English and ordering the food involved watching photos and pointing the meals with a finger. Getting back to the basics was fun. On the other hand, the Chinese food was so good that no matter what had been picked up it was simply delicious. None of my luggage was missing and so I got back home safe and sound.

Next post will tell you the story of Christchurch- a city that recovers from an earthquake. Stay with me and follow the link.