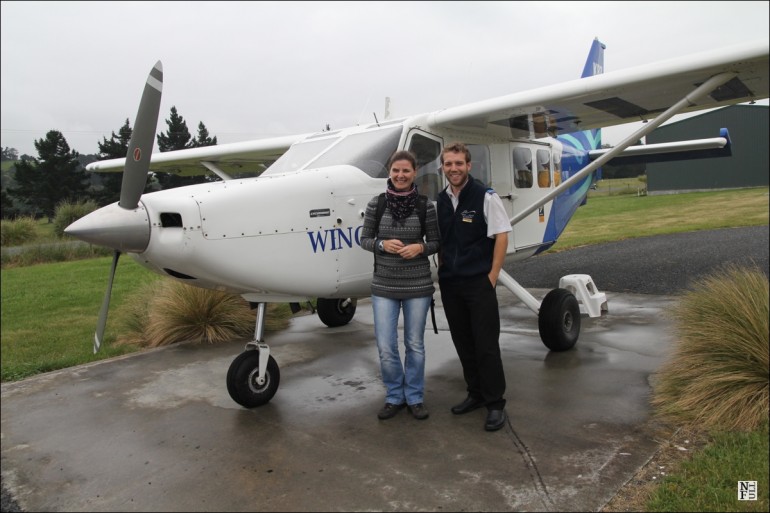 The first time I saw a whale was a memorable moment. I can easily remember the excitement of this amazing journey to Nova Scotia in Canada and turbulent ride on a Zodiak boat. I wrote about whale watching before so if you’re interested where the idea did come from click here. From the moment I saw a humpback whale I started dreaming about seeing it again. And other whales too. Lots of them, preferably! I thought about swimming with whales but need to wait until this dream come true: it’s best to do it in Hawaii because of the water temperature. Whales of the world

Flying over whales seamed to me a luxury I can never afford. And I also considered the flights as research purpose only. On the contrary! One visit in Kaikoura – a small town near Christchurch – has changed this view completely. A local company called Wings over Whales provide excellent services of whale watching. It was a gloomy day, one of my last in New Zealand and my intention was swimming with dolphins. I even went to a company that provides such service and checked the weather forecast and their timetable. It was not only about the bizarre time of the tour (5 a.m.) but mainly about the rain and the temperature of +7 degrees. I just thought it might not be the best idea of spending my last morning in Kaikoura: swimming in a rough ocean. This was a very good intuition: just as my blogger fellow Ari confirmed. Read her story about the dolphins that were not there here.

So, heading to a campsite I saw a wooden house next to the road. It was a company that provided flights over whales. I couldn’t believe in my luck! Next thing I remember was getting into a small plane with 6 other people (Chinese, mainly). The rush was due to the message received about one sperm whale spotted nearby. We almost run to the plane! I wanted to watch it so badly!

I was sitting next to a pilot! Can you imagine something more thrilling? Not only I had a first row view but also watched the pilot and all plane devices. It was a mind blowing experience! Josh who was our pilot on this flight took off with unbelievable ease and a second after we were in the air heading towards the bay. If you have ever flew such small plane (Cessna) you know the pressure during curves pushes you to your seat like nowhere else. Awesome! Circles over the whale

To have a good look at the sperm whale (18 m long male) we were making circles over it! And this was really spectacular. It’s all about location! After the flight an interesting lecture about whales was provided. A short movie about habits of these marvelous animals was displayed and we could ask questions afterwards. It was explained the near Kaikoura the deep trench is located which results in plenty of food. The whales that are swimming from the south to the north and vice versa are coming to Kaikoura to hunt and eat a lot. During my short stay in this lovely little town four sperm whales were spotted. The site is so attractive to them that they sometimes fight to get the best spot. Josh told me how fascinating it is to watch the whale’s fights from the air. And I can easily believe it! Humpbacks, blue whales and sperm whales come to Kaikoura and if you are lucky you can watch them from the air. Disclosure: Wings over whales provided a generous discount for this flight for which I am grateful for.