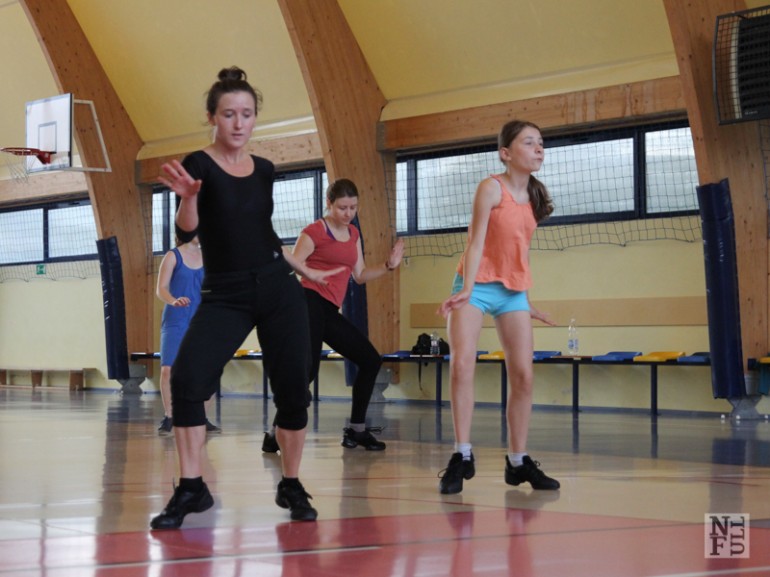 I have a confession to make: I have never been a good dancer. In fact, dancing is not my favorite activity and I rarely do it. Normally people like dancing as a sort of pleasant activity that helps you to deal with stress. But not me! When I think about going out and dance….well, that’s actually the last thing I would consider a relaxing activity. It was always difficult to go on and dance in front of the others. And there is a reason for it.

When I was in primary school my parents enrolled me to a dance classes. Not sure why, there was very few boys and many girls. So, I had a bad luck to play a male role in a dance from the very first day. I learnt all steps of waltz, rock’n’roll, samba, cha-cha and rumba as if I was a man! I got it all wrong from the beginning! This very unfortunate event made me a horrible dancer: every time I was dancing it was almost impossible to leave a lead to a dancing partner.

Later in my life, there were very few occasions to dance so I didn’t bother to deal with it. Few years ago I focused on long distance running as a main physical activity and thought I simply don’t need to dance. I simply stopped bothering. Not all people are designated to it, right? That’s what I thought.

Until one day a year ago.

One of my friends – ah, did you notice how many things actually happens because of friends? – told me about her participation in a workshop called Dancing Poznan. My friend is a very talented person and she loves dancing. So even though I knew she has participated the workshop for years I never considered myself fit enough to try. But last year she showed me few videos on youtube and watching other dancers made me think that perhaps I should try. Do you know the feeling when you watch somebody and you wish it was you? Sooo badly! This workshop takes place once a year, every August so I had plenty time to think before the enrollment in May.

When time came I was pretty determined to join. I felt in a good shape after intense training for half and full marathon so I thought that even if I can’t dance I’ll be still able to follow the warm up.

Now it’s one week before this year 21st edition is launched and I have few expectations I’ll share with you. I would like to stop neglecting dance once for all! I would love to gain more confidence in the way I move and dance. Dropping the obsession for a leading part in dance would be awesome! And if I enjoyed dance that would be even more than I imagined. Do you think it is too much to expect out of a professional 1 week intense dance course? I would love to hear about your experience with dancing! If you have any encouraging words you can share please do! I’ll need it!

It’s official name is “21st international workshops of contemporary dance”. Participants attend dancing lessons everyday and at the end of the course they are able to perform a short group dance. As many as 40 different dance techniques are provided and I picked up swing jazz! Dancing Poznan is not the only festival that is organized in Poznan! So many of them! Starting with widely known Malta Festival that for over 20 years has created amazing space for street, alternative and off theatres to perform art in our city. It’s been organized for so long that people of Poznan can feel it in the air just before it begins. Every June the city turns into a huge stage and people willingly participate in all events related to it. Further, we have two exceptional movie festivals: Animator focused on short animation movies, and much younger but already widely known  Transatlantyk, a high profile event focused on contemporary cinematography and film music.

I’ll probably participate in the later festivals too but I’m especially excited about Dancing Poznan. Will I succeed? Will I learn anything? Or maybe it will all end up with frustration? Instead of empower myself I’ll find dance too complicated to enjoy? Follow this blog to find out.

Come back for more next week! I’ll share my experience directly after the workshop has been completed!