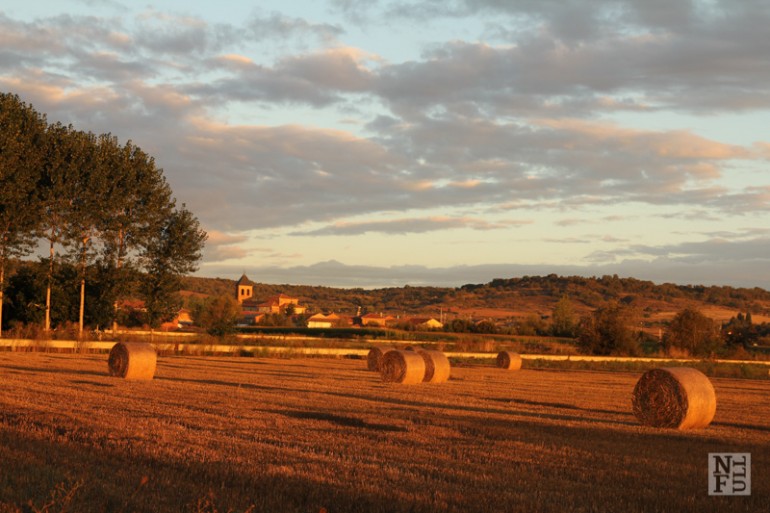 It caught my attention, I must say. Reading a post on the camino which try to convince a reader why it sucks was really interesting. Until I walked The Way of St. James myself. After I walked it and experience how it really is the author of the post I’m talking about lost his credibility. And here is why.

“Camino (…) is the most overrated long distance trail in the world. Millions have walked its path, and most gush about how great it is. It’s time to expose El Camino de Santiago’s ugly underbelly.”

I think that the author’s main disappointment is due to his lack of knowledge before he decided to walk The Way. Or perhaps it is due to his selectivity in thinking about The Way. On the one hand he was aware of the particular heritage of a Christian pilgrimage, and on the other he expected a wild and off the beaten track trails in the middle of nowhere. Well, you can’t have both. Even the first phrase on UNESCO site about this trail says about its popularity the has started in the Middle Ages. More than a million of pilgrims walked the camino every year in the past which comparing with over 200,000 today sounds really busy to me. Why anyone would expect a solitude along such path?

But leaving the general reflection let’s focus on the details and 10 points which Francis found most frustrating.

My reply in 10 points

1 and 2. Only about 1% of El Camino is a narrow (1-meter wide) dirt trail. About half the time you’re on a paved road or on a dirt path right next to a paved road.

NOT TRUE. I would say that the last 311 km is fifty-fifty. Yes, there are some long sections on paved road but it surely is not the major part of the camino. 3. Because you’re on a paved road so often, by the end of the day your feet may feel like they’ve been put through a meat tenderizer.

Well, I’m not sure about a meat tenderizer but I definitely felt pain of my feet. In my case, however, it was due to highly uncomfortable shoes. Enough to say I had to complete the camino in sandals because it was more comfortable than the shoes I had (psst! never ever buy the Berghaus trekking shoes for a camino).

NOT TRUE. While some of the sections lead through city centers and noisy streets it is not 95%. I experienced numerous moments of total silence, I’ve heard birds singing and rain drops hitting the trees. There are many sites of extreme beauty and peace along the camino. Also, if some of the sections are walked in very early morning (6:00 – 8:00 a.m.) you will experience an extreme comfort regarding lack of noise. 5. Amenities distract from any spiritual mission you may have.

NOT TRUE. This is the most unfair point Francis made. The amenities available along The Way makes it comfortable and careless. Thanks to the commercial activity along the camino you can be sure you will find a place to sleep and eat. Spiritual mission is up to you. If you chose to focus on your interior and spiritual needs you can do it EVERYWHERE. Even in the middle of the crowd. You can pray, say the rosary, meditate, whatever suits you. But YOU need to decide to do it. And blaming the crowd for a noise is unfair.

If someone knows that he or she needs a total silence for spiritual exercises I would recommend the one run by the Jesuits. Exercitia spiritualia by Ignatius of Loyola is just perfect for them!

6. The scenery is monotonous.

NOT TRUE. In fact: far from it. Last 311 km I walked were full of small towns, fields, hills, mountains, cities, villages, forests (including eucalyptus which I found pretty exotic), small streams, well pretty much everything. Doing the same thing everyday (walking) might be monotonous but the scenery is not.

PERHAPS it is but not more than elsewhere. Giving the example of New Zealand where after 1 hour of biking in the sun I got my skin burnt Spain looks rather friendly. True: I walked the camino in september/october which was wise if you checked the climate and temperatures in advance. I would never do it in the middle of the summer, though.

NOT TRUE. Many of the albergue (accommodation for pilgrims) owners were friendly, cooperative and caring (including phone calls to get my luggage transported once, or giving some advices re the route). There were also less talkative people, who were not interested in my wellbeing at all. But this is just like everywhere else. The problem I found frustrating was the lack of English language skills. Fortunately speaking Italian was good enough to communicate. But I agree that spanish people should make an effort to learn some English.

9. It’s a cacophony of sounds.

PARTIALLY TRUE. I would say that the worst noise was in the night in common dormitories. Snoring is the plague of the camino. It can be partially solved with earplugs but from time to time I was staying in smaller = more expensive rooms to avoid the noise, just to make sure I will sleep well.

EMBARRASSING I find it so embarrassing that Francis visited a foreign country where – as he admitted – there was plenty of bars, cafes and hotels and he couldn’t wait until the next bathroom to use it. This is a real disgrace. I really find it hard to believe that anyone would make such thing an accusation for any one else but himself.

Surprisingly: I would agree with Francis. If you limited the camino to a long distance trekking trail, despite its particularity, you will probably be disappointed. And I think this is the beauty of it! Its spiritual character is a challenge itself and if you don’t take care for it this walk will be an ordinary walk. I think Francis failed this challenge. Walking about 45km a day so practically running along The Way of St. James did not make any good for him.

So here is my advice: think twice before you walk the camino.

If this is purely trekking activity then pick up an alternative place. This world is full of beautiful and wild sites you can enjoy solitude and silence. And if camino is your spiritual exercise or your effort to search for it then prepare yourself for all difficulties imaginable. A pilgrimage is something very different from an ordinary trekking: it’s all about stretching your spiritual muscles which is sometimes more demanding than the usual ones.

Thank you Francis for making me think about all of this. I deeply appreciate your opinion and I am also very glad I walked The Way myself to get a totally different view on it.

Camino – The Way of St. James from Null & Full on Vimeo.