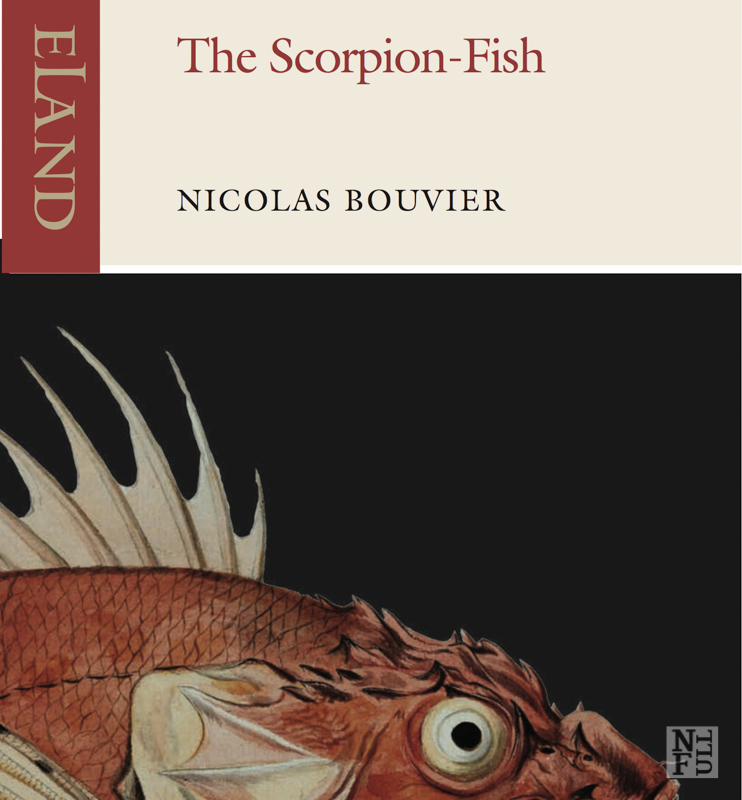 I was very happy when I found out that Eland Publishing House decided to publish a new book by my favorite author Nicolas Bouvier. It is titled The Scorpion – Fish and I read it two days after Eland sent it to me. A very different book from the other Bouvier’s one but immensely fascinating.

As we all well remember, Bouvier published his first book titled The Way of the World telling a story of a long journey taken with his friend Thierry Vernet by a small Fiat Topolino in early 50s last century. This book is a breathtaking adventurous story full of delight with ordinary people and love towards ethnic music. Right after reaching India Bouvier settled in Ceylon (Sri Lanka nowadays) for about 9 months. He published his memories years after his stay on Ceylon but at the time of writing them he was tired with an overwhelming epic journey he took and found himself deep in troubles.

Ceylon was probably not the best place for a holiday: excessively warm took his turn on Bouvier from the first day. He summarized later that the main task to all people living on Ceylon is doing nothing just to survive another day until dark. He found the whole island draining and very hard to understand. Lonely, poor and sick he found it difficult to deal with everyday life. In such circumstances he was still able to produce a high quality articles about his recent travel through Middle East, published it in a prestigious journal from Colombo and got the money earned to escape to Japan immediately. When he finally left Ceylon he wrote very clearly: I stayed here for 9 months, and about 8 months too long.

The whole book is like Ceylonese air: thick, intense and heavy. The author finds it difficult to distinguish reality from his dreams. In order not to get mad for most of the time Bouvier contemplates bug’s live. Local bugs of all sizes and shapes is a case study with lots of similarities to human social live. With some brakes for a short conversation with landlord or an owner of a local shop Bouvier admire perfect organization of insects’ world. At the same time this is a fascinating journey deep into his own soul, with disturbing letter from his mother, a wedding invitation from ex-girlfriend and so much more!

Just recently I had enormous pleasure to talk to Nicolas Bouvier translator: Robyn Marsack. This exceptional lady translated The Scorpion Fish from french. Our conversation was delightful! She shared some of her memories with me and I got known she met Bouvier personally and that he supervised the translation process! What a blast! I will share more on Robyn’s work in early 2015 with you so stay with me!

For all Bouvier’s literature fans this book is a must read! I enjoyed it immensely and I am sure I will get back to it every now and then…