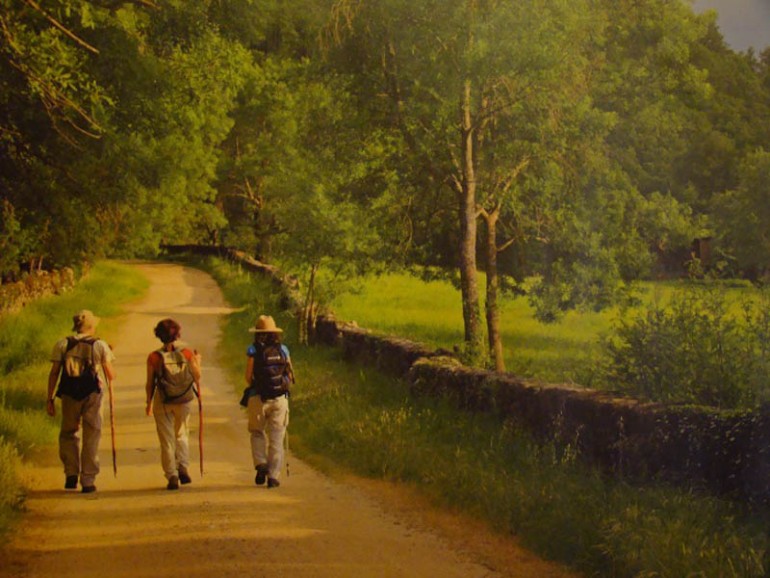 The previous post discussed three important issues related to traveling: the definition, movement, and anticipation. If you haven’t read it The Science of Travel, Part I. This post will discuss three equally important points related to the history of travels.

Before the early 17th century, people scarcely traveled. True; the Epoque of the individual Grand Tours widespread in Europe in the 18th century was preceded by the Age of Discovery, but people involved in the exploration of the world were always few and they were rarely volunteers. Too often the recruitment of the sailors for long term voyages included dirty tricks, so they would wake up in the open sea with no way of escape. In fact, the major part of them had no choice. The only traveler who was free to move was a pilgrim. For centuries, people around the world were traveling and visiting the important sites on foot. Just as Dalrymple said: “Traveling on foot is the right speed for human beings”. The golden age of pilgrimages, left its marks until today: The Way of St. James, Via Francigena, pilgrimage to Mecca, pilgrimage to Temple in Jerusalem, and hundred others around the world. Some of them are still in use and quite popular. For centuries, the pilgrims were the tourists and through a pilgrimage, they were offered an opportunity to watch famous sites and enjoy the visiting of the far lands.

The pilgrims were the actual tourists and, through a pilgrimage, they were offered an opportunity to watch famous sites and enjoy visiting of the far lands. Their walks, however, were strictly tied to the pilgrimage routes, therefore, they rarely explored the surrounding beyond. The impressions they were bringing home were heavily influenced by the way they traveled. Each pilgrimage was full of sacrifices, discomforts and usually took months if not years to complete. The Industrial Revolution has changed everything, including the way that people traveled. Let’s switch to the seventeenth and eighteenth century.

Along the development of the rail transport in Europe, it became trendy, as we would say today, to travel around Europe, mainly to France and Italy. Initially, the young and wealthy man from Britain ventured the long-term journeys through Europe in order to gain first-hand knowledge. The development of the railway system resulted in a dramatic cut of time needed to travel. The passion towards art and the language skills were two leading motives of this rite of passage. The English gentlemen were followed by the Dutch, Belgians, Scandinavians, Austrians, Germans, Polish and many other nationalities. The Grand Tour contributed also to the development of the classicism in Europe. Interestingly enough, these journeys were far different from what we consider a travel today. Rich and wealthy would always stick to the people of their class and status. Their travels were connected with meeting relatives and noble people. Their target was definitely not getting close to the ordinary people. The Grand Tours were focused on discourse, therefore, the linguistic skills and general good manners were of the greatest importance. Try to imagine that in the eighteenth century there was very little chance to watch the art if not in person or listen to a music if not through traveling. The architecture was especially difficult to watch as there were very few exact drawings, if at all. These lucky gentlemen would attend art exhibitions, listen to classic music concerts, participate gala dinners and get acquainted with people like them. It was very popular to publish memoirs after the return and we have quite a few excellent books about the Grand Tours. Eventually, the mass tourism appeared on the face of our planet. It is considered that Thomas Cook organized the first mass travel and it was a train excursion from Leicester to Loughborough in 1841. The total distance was 11 miles! Since then, the world went mad about tourism. There are many side effects of the mass tourism that no one has foreseen. The basic issue, though, is related to the switch from the discourse focused towards the sightseeing focused travel. We can say today that the mass tourism has changed the world. It greatly contributed to the globalization and unification. And, sadly, it destroyed not only the deep cultural differences but quite literally some of the unique destinations. There any many various kinds of mass tourism but the basic characteristics of such tourism includes as follows: predefined packages all inclusive, considerable numbers of tourists visiting a place every year, and an excessive visual consumption. There is an example of mass tourism that will give you an idea. Two girls meet and one says:

– I was in Mallorca.

– I don’t know, I just got out of the plane and there she was.

If you found these few information useful, please leave your comment below. I am working on the next part of this series, which will discuss a dichotomy of ‘familiar’ versus ‘unknown’ and ‘home’ versus ‘travel’, and the concept of ‘the other’. Stay tuned!