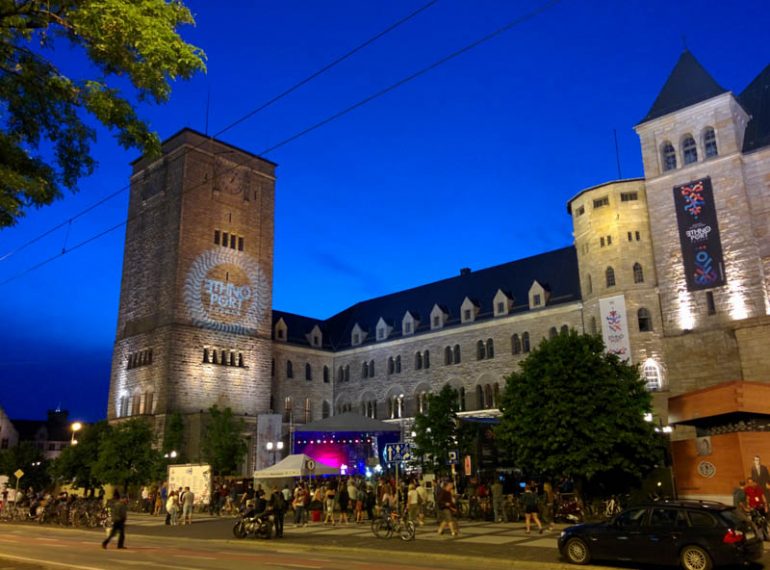 I love ethnic music and this is the reason why I’m so happy that my hometown organises a music festival every year. Last year was fun, and the year before too so I’d say that Ethnoport is a great event in my calendar and an important music festival on Europe music festival’s map. Let’s have a look at this year’s 10th edition of this festival.

Mari Boine – A Norwegian from Lapland

She is famous. She is admired. She is good. It was not her first time in Poland so some people are familiar with her music. Mari uses a traditional Lappish singing technique called joik which is meant to evoke a person, animal or plant. Mari and other traditional artists sing not ‘about something’ but ‘something’. They sing ‘the tree’ not ‘about the tree’. It touches deeply the Lappish tradition and it is hard to explain. In any case, her voice is beautiful. I especially enjoyed the songs with little mastering and modern elements. Her voice and the traditional drum was more than enough. Unfortunately, many songs sounded very modern and detached from the deep north traditional singing. The listeners loved her effort to read the title of every song in Polish. Well done! 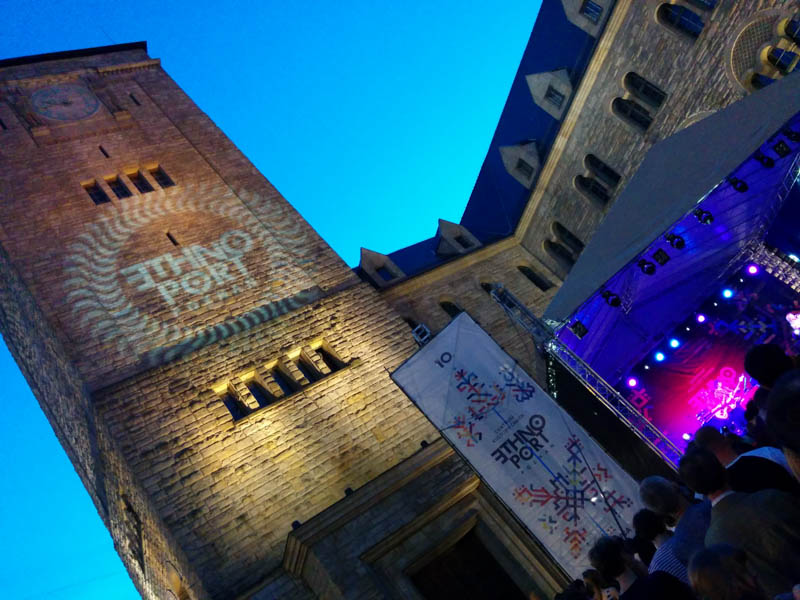 This was the best concert of this edition. Maniucha and Ksawery are two exceptional musicians. He is a bassist with an amazing imagination and a great intuition. She is an anthropologist and she spent a few years driving around Ukraine, searching for the old traditional music in order to register it. She found a small village called Kurczyca where few old ladies sang the traditional songs about marriage, funeral, maternity, changing seasons, about life really. Her story reminds me my own adventure with Luiza – an Italian lady who taught me the traditional cooking. Anyway, Maniucha got friendly with the ladies and she spent some time on registering the songs and practising singing. On her CD Maniucha explains that she practised as long as the ladies said: “yes, you can sing this one”, and she felt as she was given the song and from now on she can share it with the public. Her voice is sweet and deep. It recalls the history and old legends. 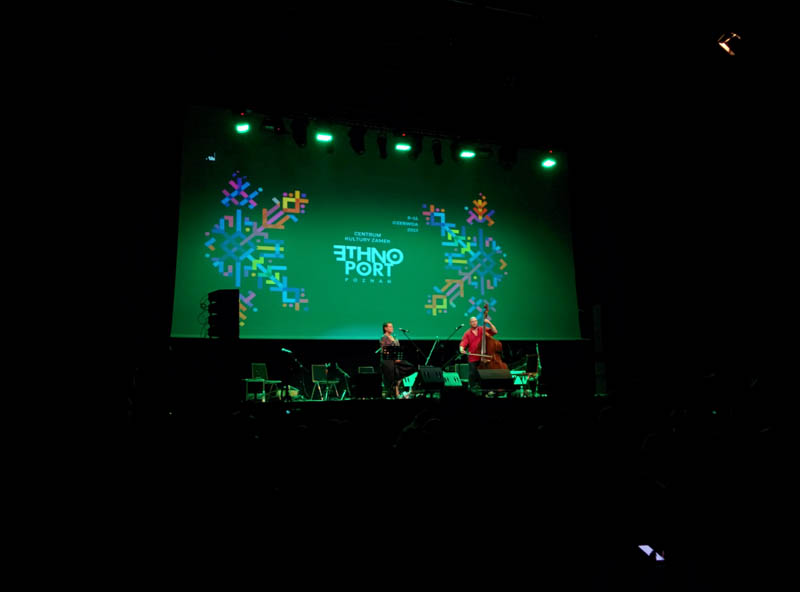 I enjoyed not only the music and songs in Ukrainian language but most of all their story. I find it deeply inspiring to know that there are people all over the world who are interested in traditional music and make an effort to save it for the next generation. I love the idea of passing the knowledge, skills and stories from one generation to another and as my and Maniucha’s examples show it goes beyond the family ties. If we really love the people, their story and the music, the sky is the limit.

Iva Bittova & Cikori – Performance from the US

Directly after the concert by Maniucha&Ksawery, the concert by Czech musicians living in the US was much less impressive. I found it odd and awkward. Iva Bittova is widely known for her jazz performances but I haven’t found it appealing. 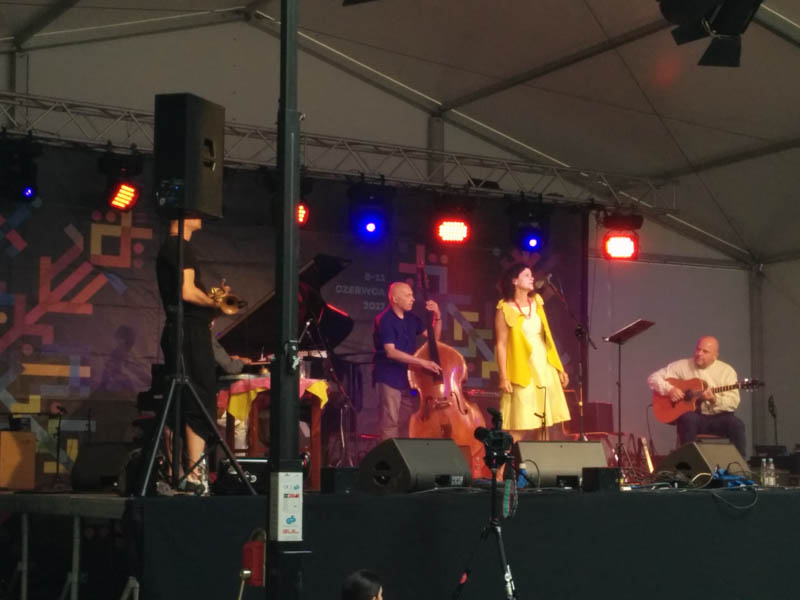 Last but not least, three Ukrainian Ladies: Iryna, Nina and Olena with one Gentleman Marko created an amazing show, something on the edge of the popular music with a strong presence of traditional melodies. The basic instruments here were drums and loud ones. Every song was accompanied by a sharp rhythm that was so loud I felt it in my stomach. People around were enthusiastic and quickly started dancing. The voices of these three girls were not as sweet as Maniucha’s but it still gave an impression of the Ukrainian folk music. Along with very particular dresses and charming smiles, this concert was enjoyable. 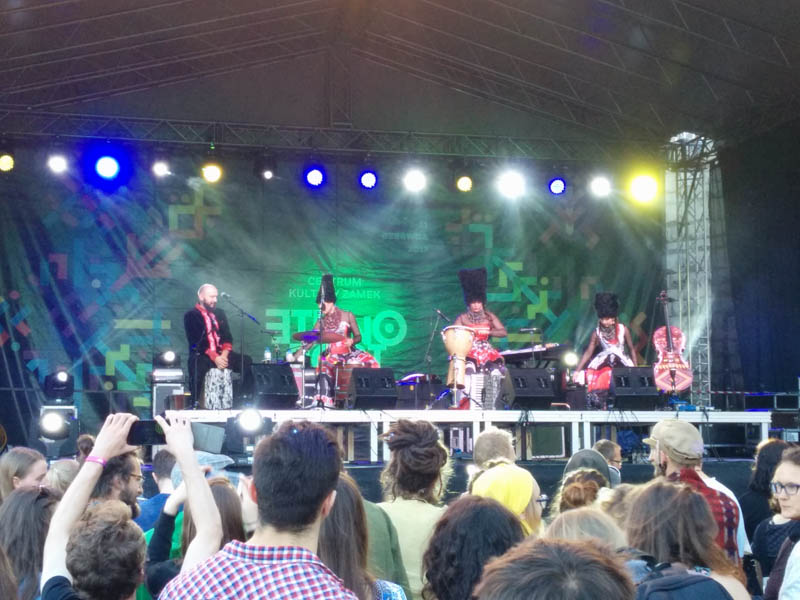 All in all, I had a great time. If you love ethnic music Ethnoport in Poznan is the best place for you! Consider coming next year and join us. The music and especially folk music is a fantastic adventure.

Disclosure: all pictures were taken with my phone, apologies for low quality.