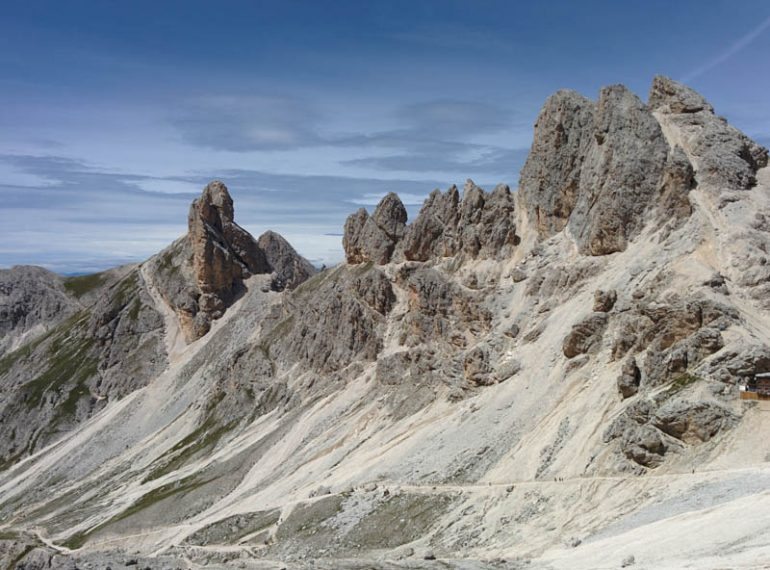 The third day was the most difficult, the longest and the most rewarding. After two days of light walks, we decided we were ready to pursue the long itinerary that brought us up as high as 2770 masl. It all started with a bus ride from Campitello to Vigo di Fassa.

We tested the public transportation of Val di Fassa for you. In the early morning, we got pretty scared when we discovered that the bus stop in downtown Campitello is full of tourists. I counted them and they were more than 50 and I thought that the bus is too small to bring them all to the destination. I was wrong. 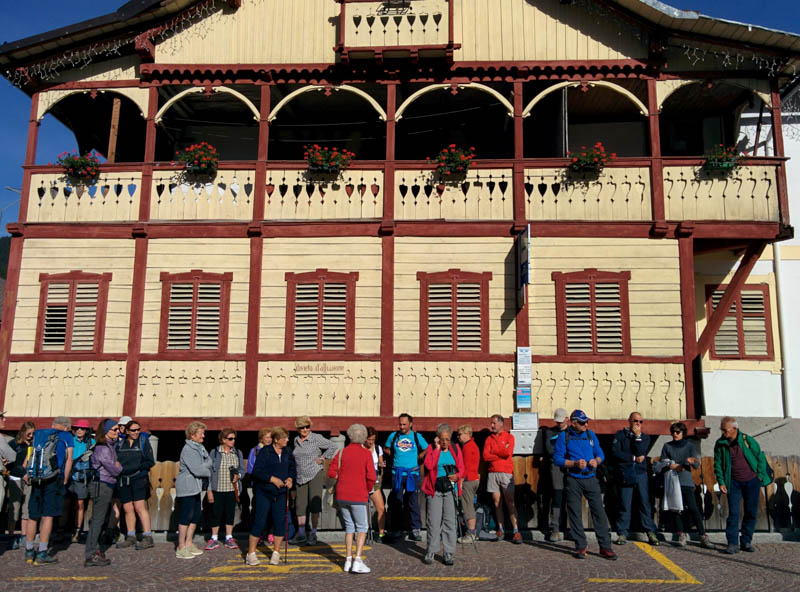 The bus stop in Campitello. On our way around Sasso Piatto, Val di Fassa, Italy

The bus was late of about 10 minutes but when it arrived I realized how well Val di Fassa is prepared. All of the tourists got on board. The service of selling ticket was equally efficient: a young man crossed the bus selling the tickets to all tourists. He also served as tourist information reminding each passenger where he or she should get off. By the time we arrived at our destination everybody was served. The bus services in Val di Fassa is a great alternative to cars. Not only it is a green solution but it saves you money for the parking place and it allows you to start and end your itinerary in a different place! We walked to the cableway car and bought the tickets.

Up at Ciampedie we started our fast walk only to discover that in less than an hour we arrived at Rifugio Vajolet at 2244 masl. It was fast and pleasant. Many tourists followed this path but we were fast enough to left them far behind. We further continued to Passo Principe and in 1h 59min we were up there, at the altitude of 2599 masl. 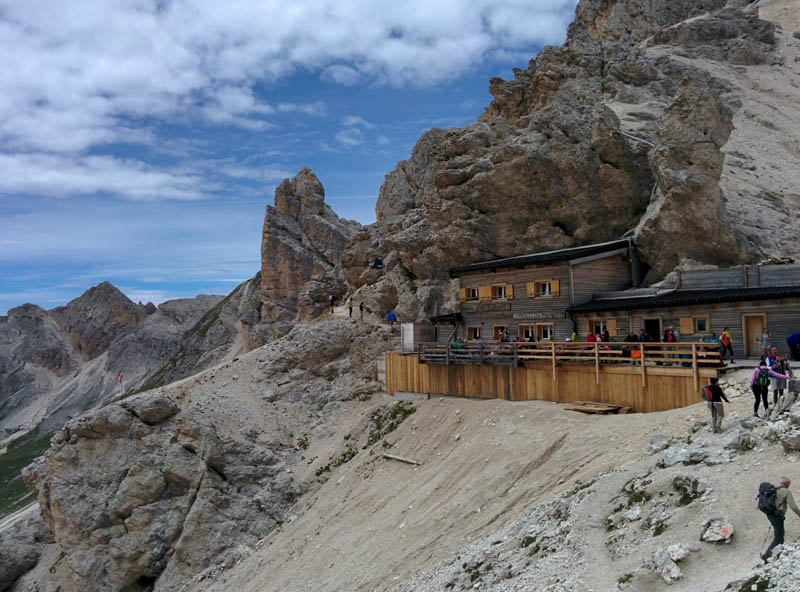 Quite a few other tourists were having their second breakfast there, in the hut, and we joined them and sit on the small terrace with breathtaking views. We had a warm tea and after a short break, we continued our trek.

Next, we climbed at the highest point of the path, at the level of 2770 masl. The surrounded peaks looked magnificent at the background of the clear blue sky. Even though the weather forecast was pessimistic we unexpectedly enjoyed the sun. The temperature was about 9C and the air was brisk. 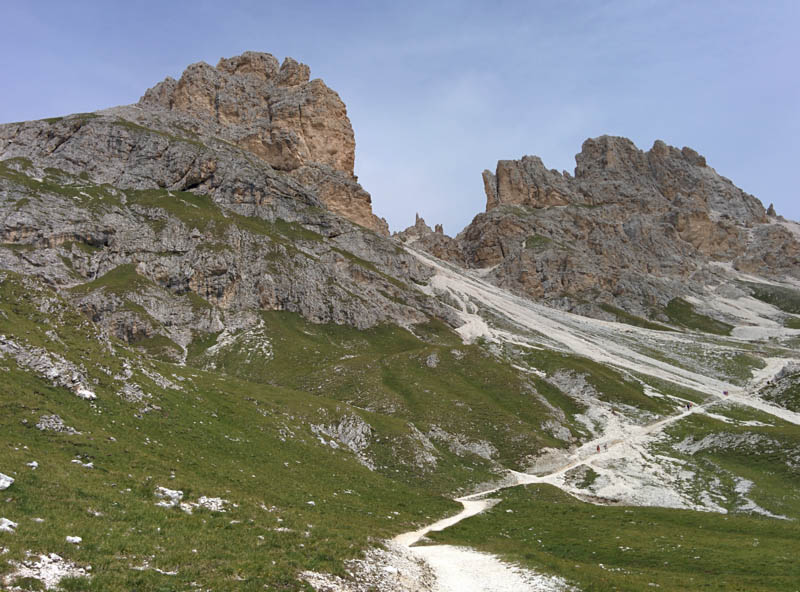 From the pass, the way was all downhill. First, we crossed a completely dry valley, full of white rocks and with no vegetation whatsoever. At the end of the valley, we discovered a small emerald pond. The size of the pond is strictly related to the quantity of snow melted in springtime. This year it was modest. 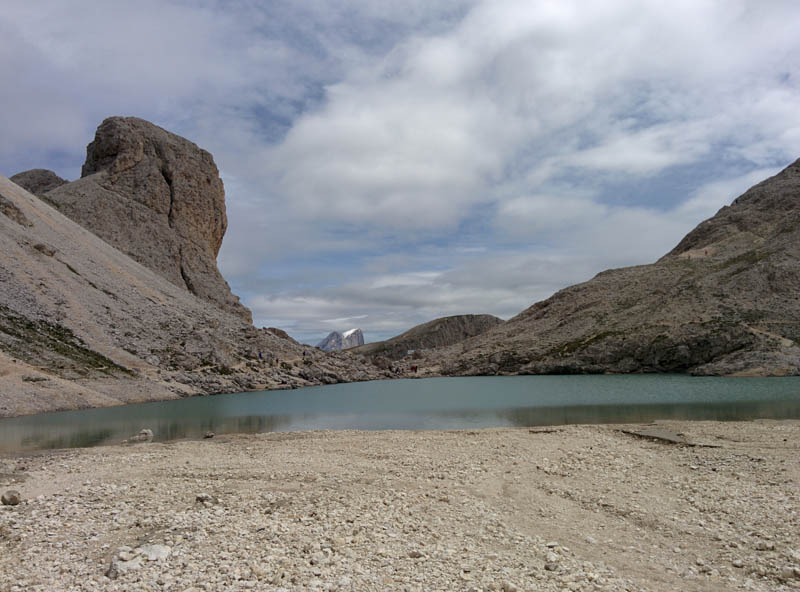 Just above the pond, we saw the next Refugee called Antermoia and we gladly relaxed eating our lunch. It took us 3 hours to climb there and the view was worth every minute. 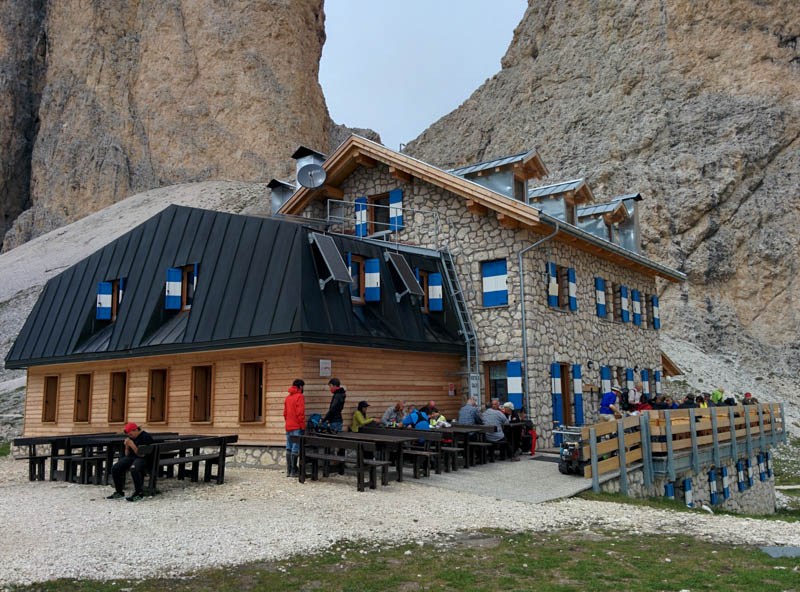 The refugee itself was interesting: there is a new owner who completely renovated the place. He installed the solar panels and made the interior looked modern. The staff was friendly and the food was obviously delicious. A wonderful reward for the 3h climb! 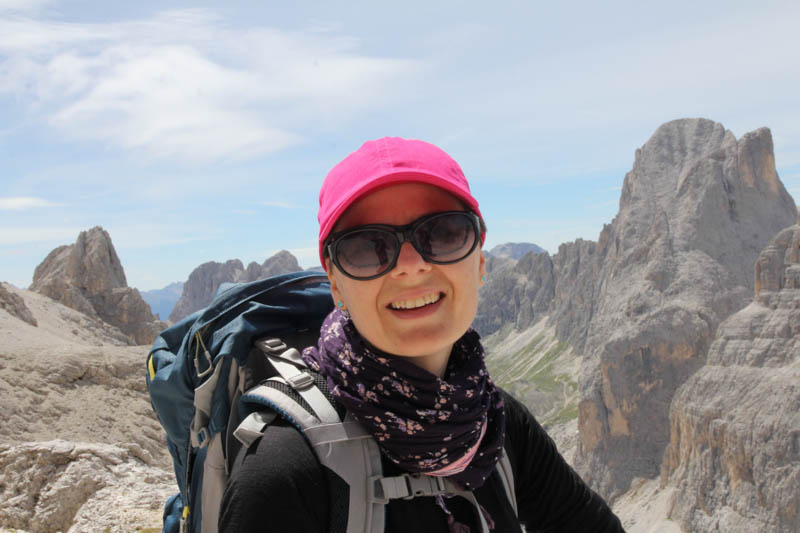 An hour later we continued our journey. The view towards Sasso Piatto, Val Udai and Val de Dona were fabulous. Crossing kilometres downhill brought us full immersion in the green pastures of the Dolomites. There were very few people who followed our footsteps, therefore, we fully enjoyed the path and the views. 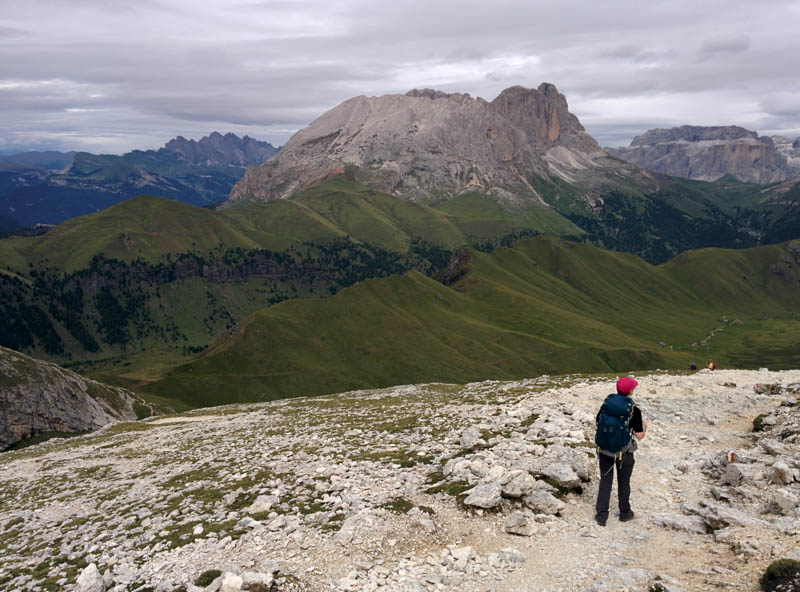 The way back via Val Duron was a bit long but it was easy and we arrived at our accommodation fully satisfied. The whole itinerary covered 20km, it took us almost 6 hours to walk it, excluding brakes and lunch.

Travel tip: watch the weather forecast carefully and in the case of the sudden change go back to safety as soon as possible.