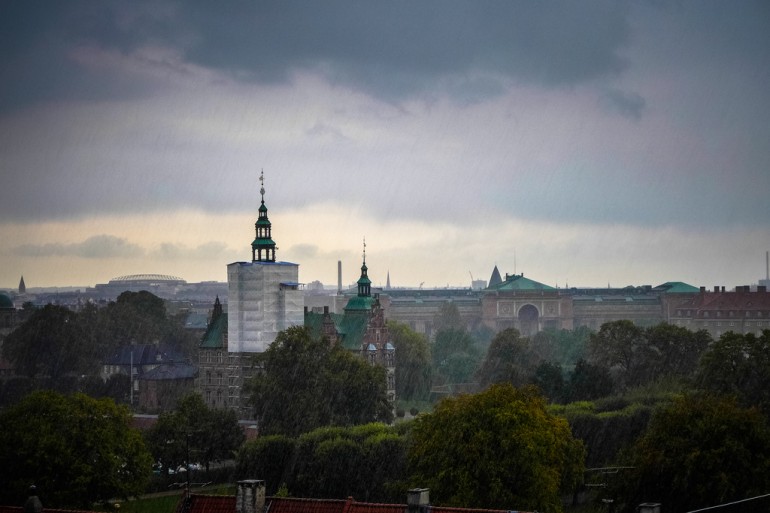 Few months ago my Italian friends visited me on their way home from Copenhagen and they told me this: “Look, this summer was the warmest one in last 80 years. Can you believe that the warmest was +20?”. For them the temperature below +30 is cold but since their visit I have been wondering whether Denmark in general and Copenhagen in particular is as cold, windy and rainy as I imagine. And some day I received an email with an offer to publish a guest post at my blog. I thought this is an excellent opportunity to find out more about Denmark before I visit it. And here it is: sponsored post on Copenhagen and what to do in this nordic city.

Soggy maps, cumbersome umbrellas and drip-covered camera lenses, it’s never ideal getting caught in a downpour when exploring a new city – and Danish weather is known for its somewhat erratic behavior. But even if you happen to catch Copenhagen on a wet day, don’t let the rain put a damper on your travel plans. Come rain or shine, there’s plenty to do and see in this cultural capital. Get closer to the roots of Denmark’s brewing scene and explore the history of one of its greatest exports at Visit Carlsberg – the location of the first ever Carlsberg brewery. The tour guides its visitors through the development of its beer, through a sculpture garden, stables, the world’s largest beer bottle collection and a number of unique displays and interactive exhibitions, finally culminating in a trip to the bar where guests can sample two beers included in the admission fee. Allow yourself a good few hours to fully explore all the centre has to offer. With more than 90 museums and numerous internationally renowned galleries, Copenhagen is a treat for the keen museum and gallery-goer. Commonly referred to as “The Island of Power”, Slotsholmen island is located in the heart of the historic and political Copenhagen. As well as being home to Christiansborg Palace and the ruins beneath it, the island also hosts a number of museums including The Royal Library, The National Archives and The Danish Jewish Museums. The Parkmuseerne (Park Museums) project is the result of collaboration between the Film House, Rosenborg Castle and the Hirschsprung Collection among others. Copenhagen’s new museum district, it exhibits the best from the realms of art and nature, all within close proximity and easy access. The city is a real haven for art-lovers, home to some world-class art museums attracting top international artists. Located just outside Copenhagen, the Louisiana Museum of Modern Art is not only a treasure trove of contemporary art – its collection including works from the likes of Pablo Picasso, Jean Arp and Andy Warhol to name a few – but its setting also offers incredible views overlooking the sea to the Swedish coast. There’s nothing like watching a film in a cosy cinema when it’s cold and wet outside, and Copenhagen certainly has plenty to choose from. Originally part of The Danish Film Institute’s expansion project, the Cinemateket draws in the city’s cultural film elite with its technically top-of-the-line screens, ‘videoteque’, café and all round fashionable vibe. From documentaries to short flicks and varying themes on a monthly basis, its film repertoire is perhaps the most varied in Copenhagen. Tucked away in a small side street off Strøget is one of the city’s oldest cinemas, the Grand Teatret. Showcasing predominantly European films – with a particular focus on the French classics – and even importing some directly from its own distribution company, the Grand stands for quality films. Though retaining its independent cinema-feel, its opulent architecture and buzzing atmosphere attract the masses to its screenings. Alternatively, for a larger-scale cinematic experience, head to the Imperial. With just one huge screen sitting well over a thousand people, it’s the perfect place for that action blockbuster. Copenhagen is scattered with a wealth of great bookstores to indulge the inquisitive mind. Browse the selection at Paludan Book Cafe across from the library on the Fiolstræde which stocks both new and used books or check out the range of paperbacks and coffee table art books at The Royal Library’s Diamenten. For a cosy rainy day activity, head to Chester’s Book Cafe, found in a semi-basement in the charming quarter of Christianhavn, for weekly readings from some top international writers. The former meat-processing district of Kødbyen has emerged in recent years as a hub of activity thanks to an influx of hip bars and trendy restaurants. Whether you fancy some seafood specialities at the contemporary Scandinavian fish restaurant Fiskebar, or a drink at the post-industrial, Berlin-style Kødboderne 18 nightclub, the Kødbyen complex makes for a great all-day hang-out spot to help minimise time spent struggling against the showers.

Copenhagen is overflowing with opportunities to satisfy those shopping urges, from flagship stores and designer outlets to exclusive boutiques and independent retailers. Take a stroll down Europe’s longest pedestrian area, Strøget, and explore some of its charming, narrow side streets – lined with countless souvenir shops, budget-friendly chains and high-profile fashion outlets, there’s something for shoppers of all tastes and budgets. The city also boasts a selection of leading department stores, including Illum and Magasin du Nord, which bring all imaginable brands together under one roof – ideal for a spot of retail therapy to brighten up even the dreariest of days. Susannah Taplin is part of the team at GoEuro, a new Internet platform that helps travelers compare and combine air, rail, bus and car travel options. She spent last summer exploring Copenhagen, sheltering from the sporadic showers in many cosy café.

View all articles by Susannah Taplin